Posted on April 19, 2013 by thedeerslayerswife 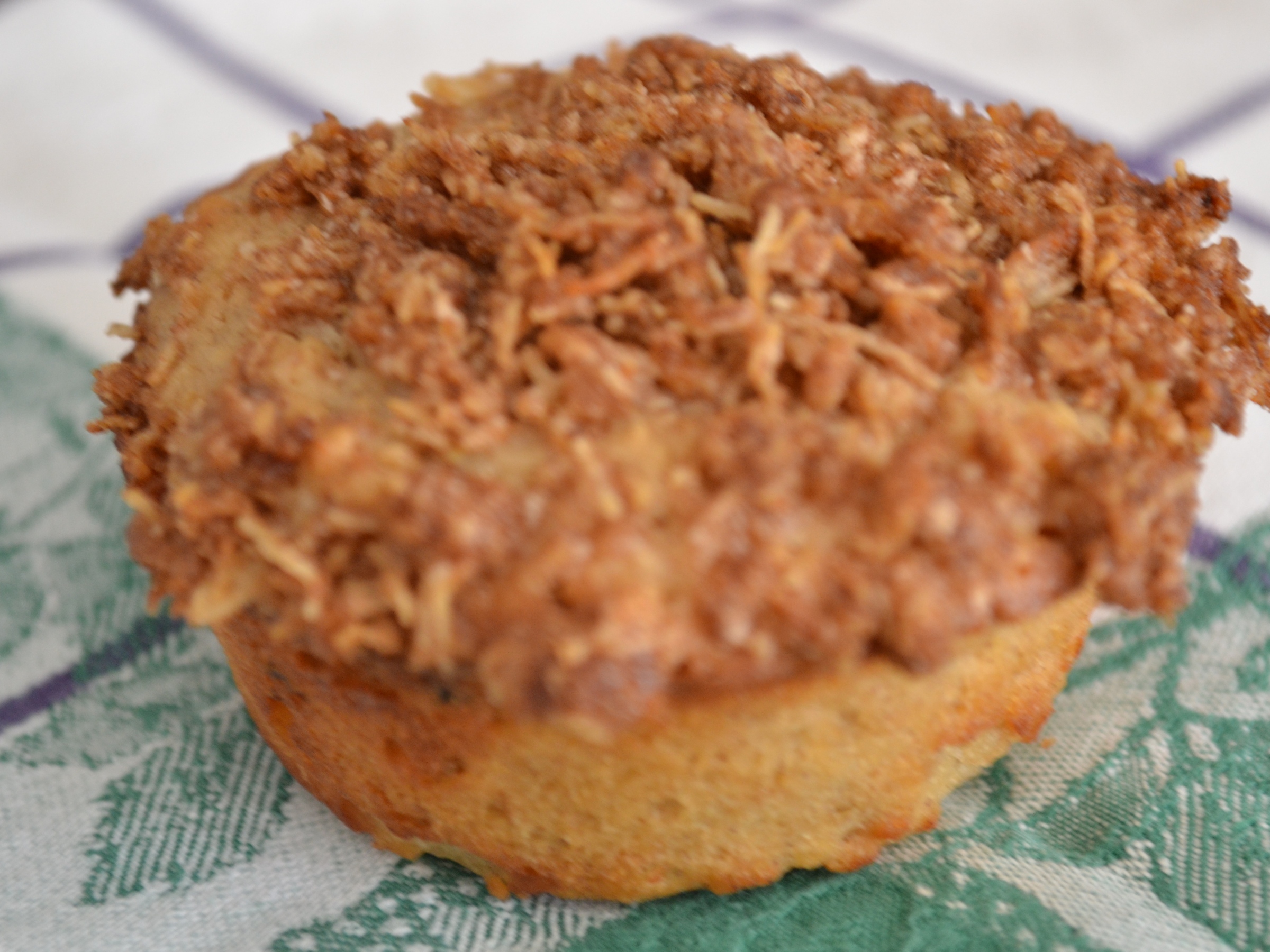 One of my favorite movies is Sabrina, with Audrey Hepburn and Humphrey Bogart.  Audrey has always been one of my idols.  Stunningly beautiful, graceful, the definition of class, and she can make a souffle out of cracker crumbs and tomato juice!  There was that scene in the movie where Sabrina, during a visit to Linus’ office, discovers some crackers, an egg, and some tomato juice in the kitchenette. (He has a pretty large office.)  She takes the few ingredients and decides to make a souffle.  Gotta love it.  She never actually makes the souffle (probably much to the relief of Linus) but the fact that she knew she could was inspiring.   That is the epitome of awesomeness.  That ability to create a dish out of practically nothing is a gift that is particularly valuable today in these troubled times.  I like to think that, if I had an 18 inch waist and a designer gown and some killer pumps, that I, too, could create something tasty from practically nothing.

I don’t think that anyone out there isn’t concerned about spending too much, saving for a rainy day, or wasting our resources, at least anyone who is reading this blog.  These things are always in the back of my mind, which is why I recycle, eat exclusively wild game, rarely eat out, and buy groceries in bulk to save money. I hate to throw away food.  I carefully plan meals for the week so that nothing is wasted.

At this point, I’d like to share just how cheap, thrifty, and un-Audrey-like I really am.  This is the point where many followers may just step back, shaking their heads and walk sadly away.  But difficult times call for creative measures. I’m sure that each of us has a story about reusing a coffee filter (or using a small square of t-shirt as a coffee filter, Jr. Deerslayer!) or squeezing  a second or third cup of tea from a single sad teabag.  This is the same kind of thing.

For many years, I’ve kept most of my kitchen staples in glass jars to keep them fresh, keep them close at hand, and keep bugs out (We lived in east Texas for a while) .  If you look closely at most of my photos, you’ll see the jars in the background.  I’ve always kept our cereal in the jars as well, Shredded Wheat and Fiber One.  No more, no less, no frivolous sugary cereals!  I discovered that, upon finishing up the cereal,  there were always cereal crumbs left in the bottom of the jars. While I couldn’t convince my family to eat the cereal dust, even with starving children in India  I couldn’t condemn the cereal debris to the rubbish bin either.  I began collecting the crumbs to use in muffins.  High fiber and all.  I have a recipe that I have adapted for use with cereal debris.  No need to crush perfectly good cereal for muffins.  Every couple of weeks we end up with enough crumbs to make a batch. I collect the crumbs in a plastic container until I have enough. Everyone is happy… and regular! 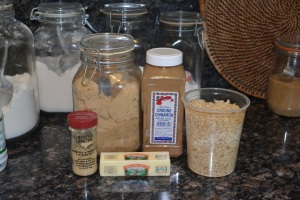 Top each muffin with about a tbsp. of crumb topping. 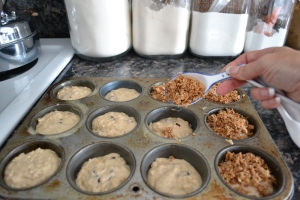 Bake for 20-25 minutes or until beautifully browned.  Makes 12 muffins.

These muffins are perfect for taking on a hunting/camping trip.  They’re also great to take out to the hunting blind!