On Being a Fan Girl…. Meeting Hank Shaw

Posted on November 20, 2016 by thedeerslayerswife

Rarely do I come across someone who shares my passion for cooking wild game.  There are those who love a chicken-fried venison steak or dove breast with a slice of jalapeno wrapped in bacon.  But when the conversation turns to processing your own animal or using every possible bit of meat, the followers really seem to fall away.

In my neverending quest for knowledge of all things gamey, I came across Hank Shaw and his wonderful website, Hunter Angler Gardener Cook.  It contains a wealth of information on hunting, fishing, foraging, and recipes, recipes, recipes.  If you want information on wild mushrooms, venison “wobbly bits”, or charcuterie of any kind, Hank has probably written about it.

Hank Shaw has recently released his latest cookbook, Buck Buck Moose, which he put out himself with the help of Kickstarter.  I was so excited to hear that he had come out with a volume dedicated specifically to “antlered things” that I pre-ordered five autographed copies, four to give as gifts and one to keep for myself.  I actually thought about keeping two for myself just in case something happened to one like there was a fire or someone broke into my house or there was a zombie apocalypse or something. 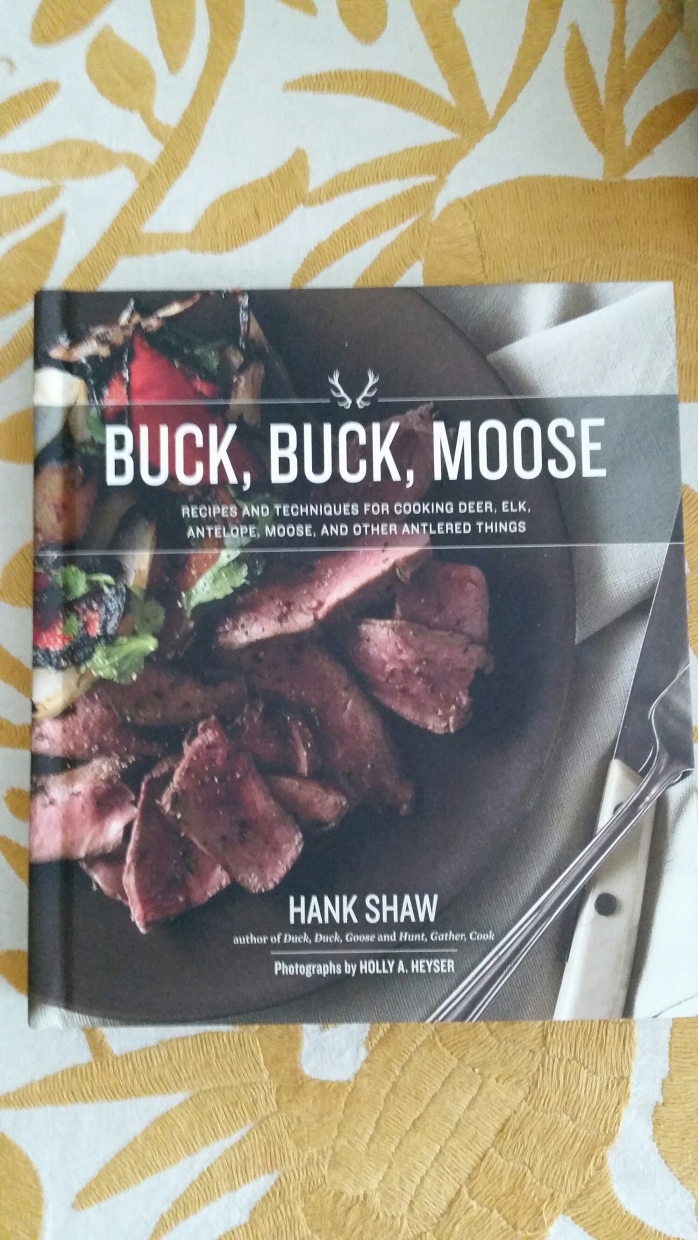 I was not disappointed.  The book is a feast for the eyes and the intellect. The photos are gorgeous. The quality of the hardcover volume is top notch.  And then there’s the meat of the book (heh, heh)…. it should have a place of honor on the shelf of every deer slayer, moose slayer,  elk slayer, and slayers of all antlered things.  Hank goes through the entire experience, from describing in-depth how to field dress a deer to processing and packaging the meat and finally providing an array of recipes from around the world.

When I found out Hank Shaw was coming to San Antonio, TX  for a book-signing event at the Hotel Emma (which used to be the Pearl Brewery), saying that I was excited would be an understatement.  I’m embarrassed to say that I felt a little like a fan girl.

I made a reservation to attend the dinner and stay at the hotel, drove the 4 hours from the Rio Grande Valley with cookbook in hand, and arrived in time to look around the exquisitely appointed hotel and have my complimentary margarita.

The evening began with with drinks and wild game appetizers with Mr. Shaw.

He was very easy to talk to, so genuine and appreciative of his fans even though he’d already followed a grueling schedule on his book-signing tour. 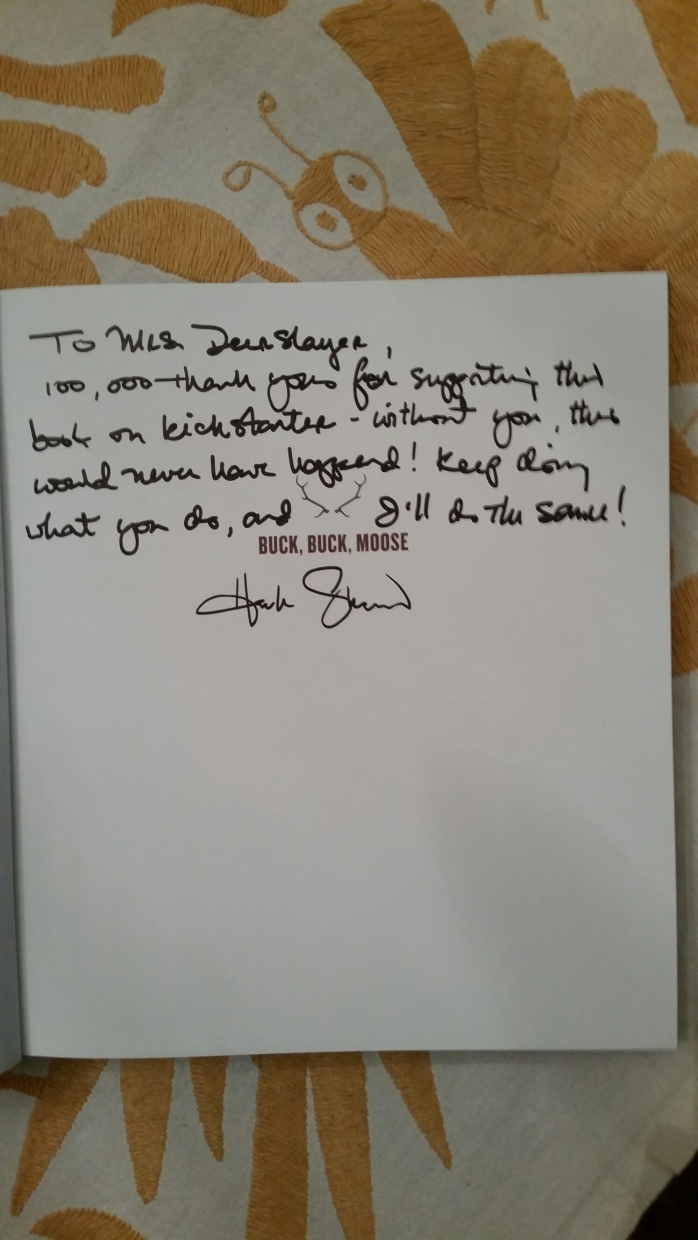 “To Mrs. Deerslayer, 100,000 thank-yous for supporting this  book on KickStarter.  Without you, this would never have happened. Keep doing what you do and I’ll do the same!”       Hank Shaw

It was wonderful to rub elbows with someone who not only shares my interests but has taken them to the next level. He has made it a passion and a way of life.  He’s like a superhero….. and I’m like a fangirl.

Thank you, Deerslayer, for encouraging me to take this trip just for the fun of it. I loved every minute.  I love you, too. Happy Anniversary!

4 Comments on “On Being a Fan Girl…. Meeting Hank Shaw”