RSS
← The Road to Hell is Paved with Good Intentions (and Tomato Soup!)
Lovely and Delicate Wild Pork and Mushroom Quiche →

There are days when just getting out of bed seems like a major achievement.  As I stagger to the kitchen whimpering for a cup of coffee,  a pile of bills waits for me on the table.  I wade through waist-deep laundry to get to the the freezer room (yes, we have a freezer room! My husband is the Deerslayer, remember.) to decide what to fix for dinner.  I stare, bleary-eyed, at the contents,  waiting for something to jump out at me, something so easy to prepare that I can whip it up in no time and still come out looking like a Homemaker Extraordinaire.   Do you have days like that, too?

Quite by accident, I stumbled upon something that fills the bill, if you will.  A couple of years ago, Deerslayer had a great year hunting wild pigs.  There was plenty of very welcome wild pork to fill our freezers.  We ground a whole bunch of it, and had several roasts and tenderloins.  I was a happy camper.  Deerslayer asked if he should keep the ribs.  Keep in mind that wild pork ribs aren’t the same size as the ones you get at the market, much smaller.  But, what the hell, said I!  So we packaged up quite a mess of ribs, as well.

I’d been wondering for a while if I could cook the ribs in the oven like I did in my post from March 22, 2013, freeze them, label them, and toss them on the pit just long enough to impart the smoky goodness at the last minute. I decided to give it a shot.

I seasoned the pork ribs very liberally with Tommy’s Salt & Pepper mix, tossed them in my covered roasting pan with a can of Dr. Pepper poured over, and braised them for approximately a couple of hours at 350 degrees, turning occasionally, until the meat just about fell off the bone. 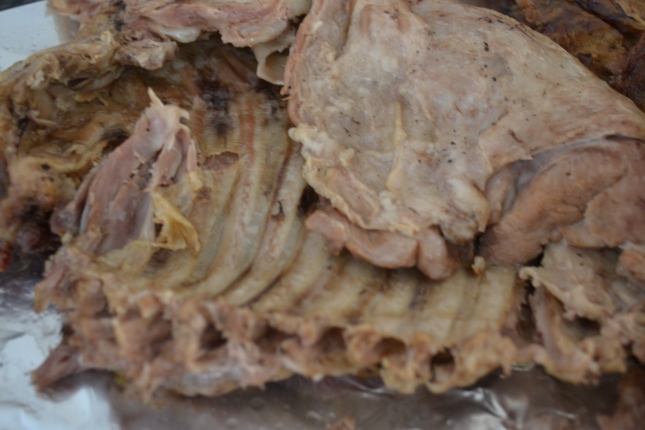 I was able to pull the bones right out of the ribs.  The slabs stayed intact, however. Sorry for the bad lighting.  The meat wasn’t quite that grey. 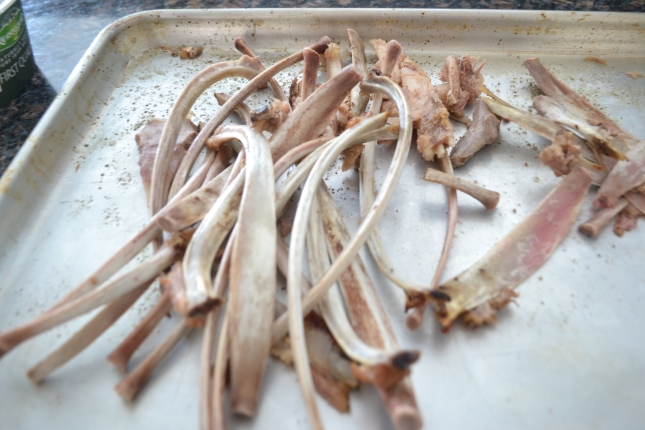 Then I packaged up the fully-cooked meat, labeled it, and tossed it in the freezer. 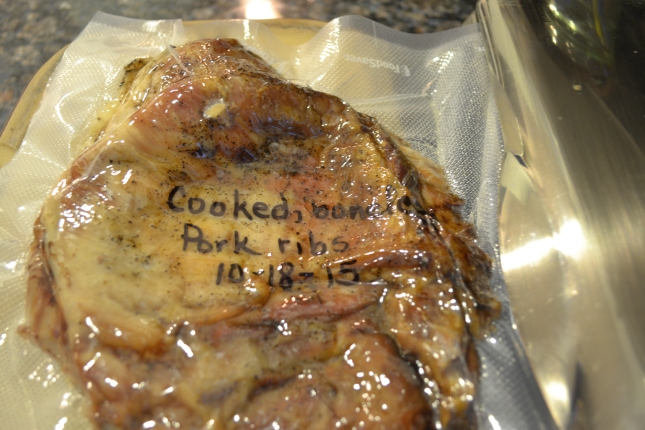 When I was ready for a speedy, great dinner, I thawed out the meat, started some charcoal in the BBQ pit and worked on my side dishes (red bell peppers to grill, some garlic to roast, and some cole slaw). 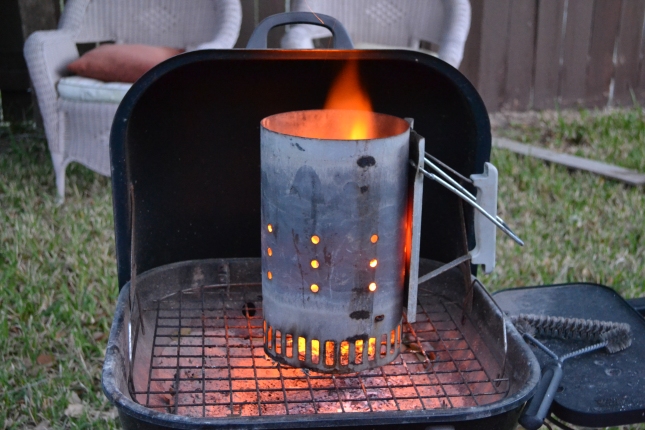 I put the ribs on the grill just long enough to heat them through, and slathered them with my favorite BBQ sauce.  I tossed some red bell peppers on as well after I removed the seeds, opened up the peppers to lie flat, rubbed them with olive oil, and added some Salt & Pepper mix . 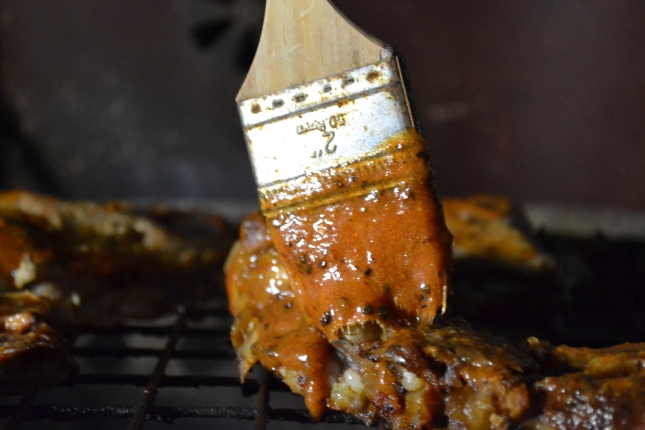 Meanwhile, back in the kitchen,  I took a slew of garlic cloves (pre-peeled from Sam’s Club), tossed ’em in a cast iron skillet with a little olive oil, and allowed them to roast until lightly browned and soft. Pretty damned tasty!  Most of them were eaten right out of the skillet before I could even get a picture! 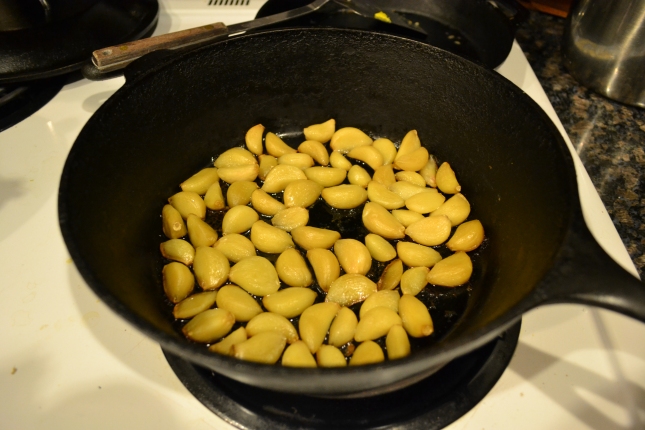 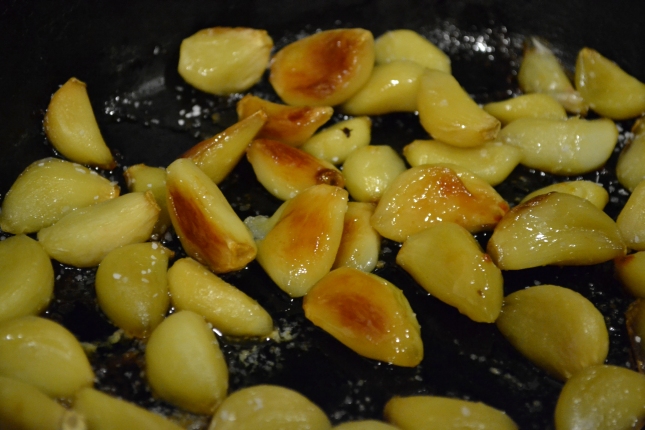 ← The Road to Hell is Paved with Good Intentions (and Tomato Soup!)
Lovely and Delicate Wild Pork and Mushroom Quiche →